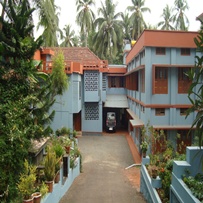 In the history of St. Francis Province Thamarassery, 14thJune 1956 is an unforgatable day. It was on this day that nine pioneer missionaries fro Pala province reached Kodanchery and Venappara in order to start our first convents in the diocese of Thalassery, according to the invitation of his Excellency Rt. Rev. Dr. Sebastian Valloppilly, the Bishop of Thalassery. The two convents started on the same day are St.Mary's Convent Kodancheryand St.Antony's convent Venappara both in Kozhokode district.Rev.Fr.Dositheus CMI the parish priest of Kodanchery and Rev.Fr.Antoninus CMI the parish priest of Venappara were the two persons who invited the sisters to start the convents.
In 1964, the FCC unit in Thalassery diocese was raised to status of a region,with other convents in other parts of the diocese. Rev.Mother Mary was the first Regional superior. The region was raised to the status of a province in 1974.The first provincial superior was Sr.Henry Suso.
In 1979 our mission was started in Rajkot diocese. Now it has 9 houses and in 8th September 2012 it was declared a region-St.Alphonsa Region Rajkot-with Sr.Lilly Jose as regional superior.
The province of Thalassery was bifurcated to form two other provinces Mananthavady and Thamarassery. It was 22nd December 1993 that the Thamarassery province was established with Sr.Reynold as provincial of the newly formed province of Thamarassery. At present St.Francis province Thamarassery has 188 members working in the diocese of Thamarassery, and 38 in Rajkot region. A few sisters are working in Italy and Gemany.